Jesus has provided victory over death for all, and that victory is found inside of every believer!

A terminal diagnosis obviously indicates a serious medical issue and naturally causes a fair amount of concern. On the other hand, the common cold is far less alarming, yet it is the exact same faith that heals a cold which heals a cancer. It is our perception of the problem that directs the outcome. A cancer, although it requires no more power than a cold to receive healing, causes more fear. The good news is that no matter how bad the diagnosis, victory is ours through Jesus!

But thanks be to God, who gives us the victory through our Lord Jesus Christ.

At His crucifixion, Jesus took every sickness and disease into His own body. At the time of His death, He took the judgement for our sin. Isaiah 53:4-5 lists what Jesus took on Himself on the cross. These include sickness, disease, and even grief! It says He died for our shalom, our peace: nothing missing, nothing broken, wholeness and completeness.

After Jesus rose from the dead, He did not bring sickness and disease back with Him. He didn’t bring back grief, sorrow, pain, or brokenness. They stayed behind in hell, right where they belong! When Jesus rose from that grave, He did so in complete victory. When we put our faith in Him, we take claim to that victory that He has provided for us as well.

Jesus was the Word who became flesh and dwelt among us (John 1:14). And when the Word is sent, it completely accomplishes the purpose for which it was sent (Isaiah 55:11). So God sent His Word to heal us and deliver us from all of our destructions (Psalm 107:20)!

Therefore, the very last words Jesus spoke on the cross before He died were, “It is finished!” The work He had been sent to perform was completed. He didn’t ascend back into Heaven until He had accomplished the purpose for which He was sent. That purpose was to heal us, deliver us, provide for us, and make us victorious overcomers. It is finished!

“Whom God raised up, having loosed the pains of death, because it was not possible that He should be held by it” (emphasis added).

The same death that could not hold Jesus cannot hold you: you have dead-raising power living on the inside of you!

The problem is that we sometimes look more at our outward shell rather than seeing what we already have in our spirits. When we became born again, we received the Spirit of God. The Kingdom of Heaven lives in us. We carry Jesus around on the inside!

When our bodies display symptoms, whether they are of cancer or a cold, we can agree with God’s perspective. We have the same power that raised Jesus from the dead living inside of us. Therefore, no sickness or disease can hold us! Having a Godly perspective on life causes our faith to arise—and fear and symptoms to flee! Greater is He that is in you than he who is in the world (1 John 4:4)! 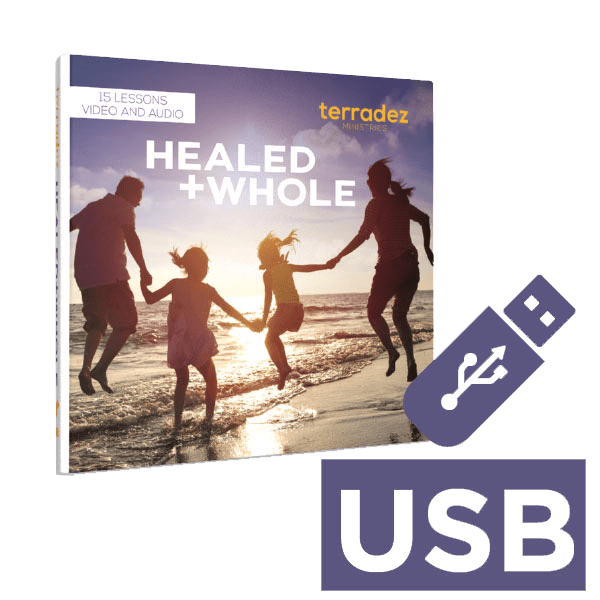 Jesus died and rose again so that we could walk in health––physically and emotionally!

This 15-part video course will help you grow in your relationship with God as you learn about faith and how it works, flowing in spiritual gifts, hearing God clearly, breaking free of addictions, ministering to your family and much more!

Jesus provided healing for your body at the same time He provided forgiveness of sins! Jesus is the cure. This powerful growth track makes supernatural healing simple – it unmasks healing and reveals Jesus, not as a distant Savior but as your present Healer! This free Digital Kit includes: