Is Tithing for Today?

We get many questions regarding the tithe. Should believers still tithe today? Wasn’t tithing part of the Law from which we have been set free? Are we cursed if we don’t tithe? Let’s talk about tithing!

Tithing Began Before the Law

Some teach that since the tithe was a part of the Levitical Law, that we have now been set free from tithing. However, even though we no longer live under an obligation to tithe, the tithe was established prior to the law. In Genesis 14, after Abram raided those who had kidnapped his people, he gave a tenth—the tithe—to Melchizedek, the priest of God Most High.

In Genesis 28:22, Jacob declared to God, “…and of all that You give me I will surely give a tenth to You.” Jacob was grateful to the Lord, so out of a thankful heart and honor to God, he pledged to always give Him a tenth of his increase. Through the tithe, Jacob was acknowledging that he could not have done this for himself, but that all of his increase came from God.

When the Law was established, giving a tenth plus additional offerings was a requirement. In fact, there was a curse placed upon anyone who did not follow all of the hundreds of commandments in the law, which included tithing. Yet, in Galatians 3:13 it clearly states that we have been set free from the curse of the law. Therefore, if we tithe today, under the New Covenant, we receive all of the blessings of tithing, but none of the curses!

Some people quote Malachi 3 and say that if you don’t tithe, you are robbing God. This is absolutely true, but not in the way most people mean. Under the law, if you didn’t give tithes and offerings, then you were robbing God, because it was a requirement according to the Law. However, under the New Covenant you are robbing God of the opportunity to bless you!

Give God Permission to Bless You

It takes faith to tithe!

If you don’t believe there is a God and that this stuff works, then why would you tithe? There’s no logical reason to tithe. If you need extra money, why would you give 10% or more away? In the natural realm, 90% is less than 100%. But God’s economy is different. When you tithe, you are saying, “God, I’m seeking You first. I’m trusting You in my finances,” and you are allowing God to come into your finances and prosper you.

One of the most powerful parts of tithing is that you are inviting God into your finances by saying, “God, I want You to be first place. I want to make You the priority in my finances. I want to honor You with my money.” Looking at the way we spend our money is a great reflection of the degree of honor we place on God.

Jesus said, “For where your treasure is, there your heart will be also” (Matthew 6:21). We can determine our true priorities by looking at where we are spending our money. If your heart is really with the Lord, and you really want to honor Him, then you will want to tithe. It won’t be like a debt you feel that you owe, but rather a reflection of your relationship with Him.

Our Hearts Are Connected to Our Finances

We want to give to God because it shows that we put our relationship with God as a top priority. God is relational; He doesn’t need our money! Tithing is simply about connecting with God at a heart level. However, remember that under the New Covenant, we receive all of the blessing that comes from tithing, while escaping all of the curses! When we look back at Malachi 3:10-12, we can clearly see the blessing that comes from tithing:

“Bring all the tithes into the storehouse,
That there may be food in My house,
And try Me now in this,”
Says the Lord of hosts,
“If I will not open for you the windows of heaven
And pour out for you such blessing
That there will not be room enough to receive it. 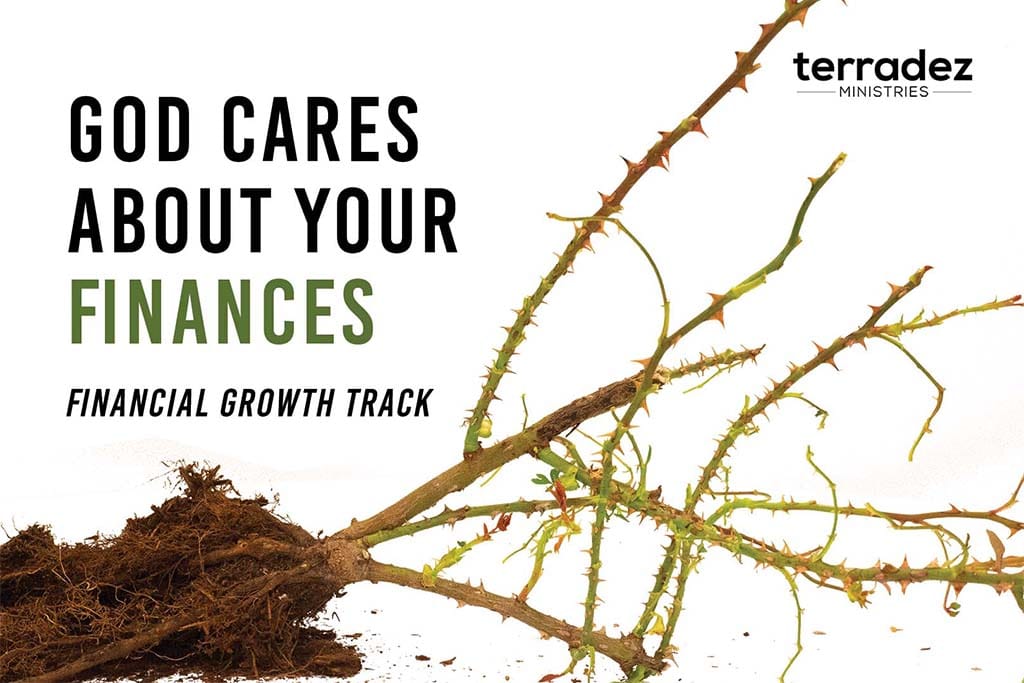 **UPDATED & EXPANDED EDITION** Many Christians hold an unbiblical view of finances. Through tradition and “common sense,” we’ve turned the Word of God on its head!

In this updated edition of Thorns, Barns & Oil Jars, Ashley has added powerful additional content, and dozens of real-life testimonies, that will empower you to uproot unbiblical ideas regarding God’s plan for your financial success!

Is Tithing for Today?