Welcome, partners! We are so thankful for your generosity and desire to see believers around the world truly understand and experience the promises of God in their every day lives. To show our appreciation, we have developed what we call “partner perks” and have created content especially for you.

We love and pray for all of you every day!

To experience more of what we have for our partners, login to the Partner Perks page.

Your Power Academy Sponsorship allows you to support the free Power Academy e-course and discipleship program. A sponsorship of approximately $50 covers all costs associated with one e-course enrolled student.

Your Gideon’s Army Partnership allows us to reach over 1.6 billion people around the world on Daystar and other Television Networks each week. Through this special monthly partnership of $100 or more, you are able to help us cover the costs of TV coverage, production, and distribution. Connect with other like-minded believers in our Underground community. Share life moments, pray with one another and get exclusive content from Ashley and Carlie Terradez.

Check out our teaching articles! Where Does Sickness Come From? More Questions about Healing

Questions about healing are some of the most common inquiries we receive at Terradez Ministries. Continuing with our previous article Can God Heal Me? and Other Questions about Healing, this article Can God Heal Me? & Other Questions About Healing

The Word of God is very clear that God is the Healer and He wants us to be healed and whole. However, there are still many questions and myths about How to Set Godly Goals

God wants you to pursue your goals and dreams in faith. He’s already provided all you need for success! You can take some practical steps by learning how to set The motto “In God We Trust” appears on United States national currency. However, are believers trusting in God, or in the United States of America? Many believers have become frustrated Jesus’ last words on earth were, “It is finished” (John 19:30). But this phrase is far more powerful than “I’m done. It’s over. I give up.” In that simple statement, 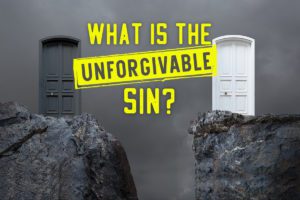 Some people are terrified they have committed the unforgivable sin. They fear that there is absolutely nothing they can do to escape eternal condemnation. We want to debunk this idea The Cure Event 2023 No matter what the disease, Jesus is the cure! Join Ashley and Carlie Terradez for The Cure event on April 20-22, 2023 at Charis Bible College in Woodland Park, Healing Is Here 2023 Join Carlie Terradez for Healing is Here at Charis Bible College, Woodland Park, August 8-11, 2023! In addition to her own daughter’s dramatic healing from a We’ve received hundreds of powerful testimonies this year. Here are some of our favorites. You can read more  on our testimonies page.

I used to be shy. So shy I wouldn’t look people in the eye. I was afraid of people. Then one day God spoke to me and told me that being shy was selfish and that I didn’t have to be afraid. I didn’t have to be shy because that wasn’t who I was, and that He loved me. That day I received freedom from fear.
— Abigail, US

Ears Healed while Praying in Spirit

I was born hard hearing and I began wearing hearing aids (both ears) in 2012.

So, I have been declaring myself healed and said, “hearing aids your days are numbered.” …I was in my room praying in tongues, and I heard a pop out noise, once then a second time. I looked to see what that noise was but wasn’t sure but took it as yes my ears are healed. Three days later, praying in tongues, the same thing happened. I recorded this in my prayer journal. Then I realized that these pop out noises were actually my ears opening.

Hallelujah! It’s been almost a month I recovered my ears of both hears and did not have to wear hearing aids after eight years. Wow! Praise to Jesus!

Right before Power Hour today, I felt the spirit give me the wisdom of why I had been dealing with tormenting thoughts and fear. With overwhelming symptoms. After the revelation, Carlie began to pray for someone that had been experiencing tormenting thoughts and the thought that her family would be better off without her. A weight fell off and my thoughts aligned with the Word of God. He delivers us from all of our fears! Amen! Thank you for praying!
— Marla, US
Facebook-f Instagram Youtube Underground Network Icon Search